The Best New Downtown Bar is in Koreatown 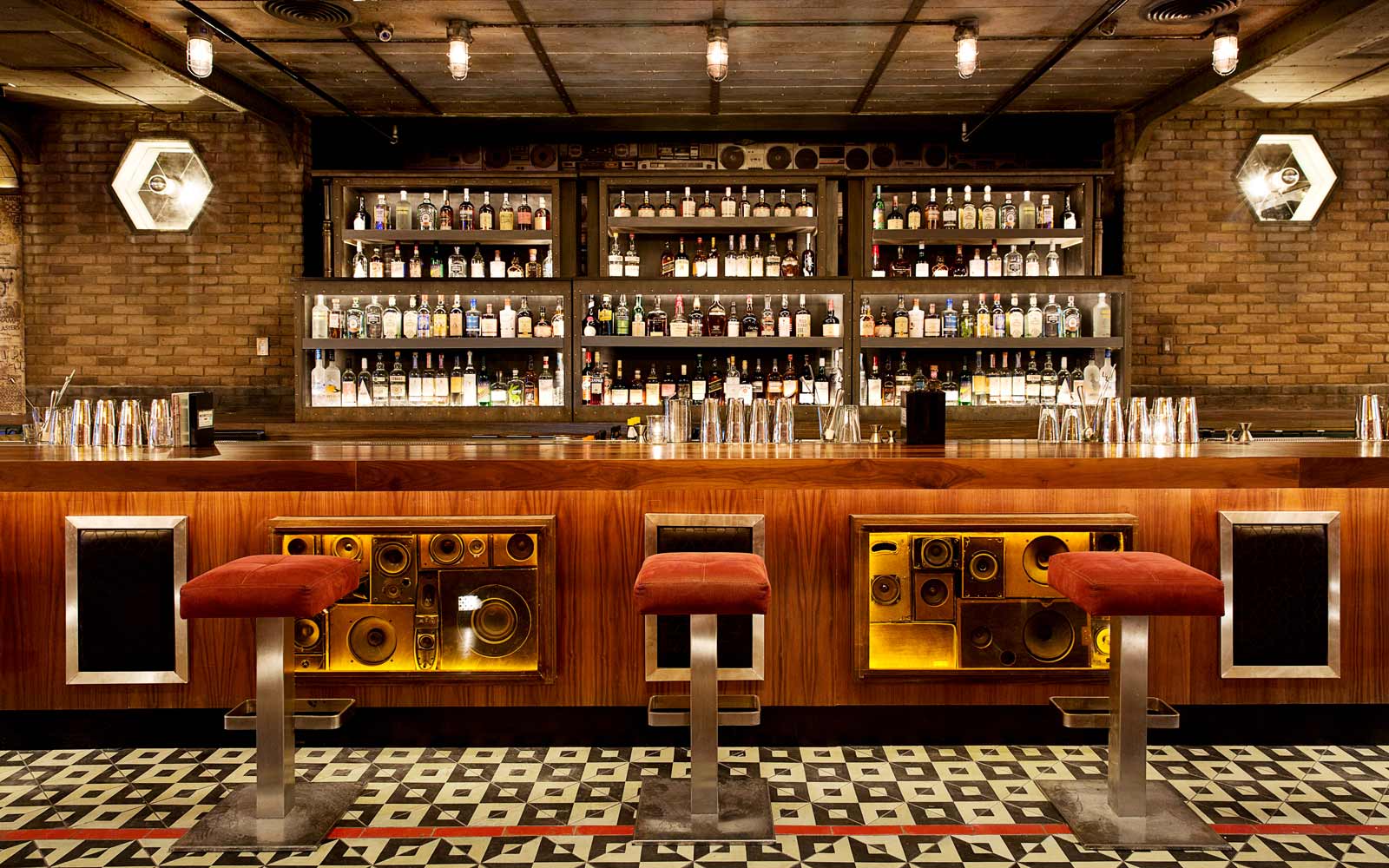 Well, I had a post about half done, and then I went somewhere that I had to tell you about and it jumped to the front of the line.  So you may get the indescribable treat of seeing two posts from me in fairly quick succession.  Don’t get used to it.

This one isn’t gonna start with me placing this bar into some larger context, or talking about what it means for the City or the neighborhood, or any other of that high-falutin’ nonsense.  Let’s just get right to the good stuff:

Break Room 86 is the best new bar anywhere near Downtown.  Yes, it’s at the Line Hotel on Wilshire & Normandie in K-Town, but I’m gonna consider that Downtown-adjacent.  I’m trying to think of the last place I was this excited about, and it may have been since Perch opened, even though this bar couldn’t be more different.

Full disclosure:  this bar is a complete and total homage to the 80s, and I am a child of the 80s, so I am more than a little biased.  But.  This place is cool and interesting enough to appeal to people for whom the 80s is something they experience on YouTube – certainly the demographic skews towards children of the 90s, at best.

OK, so … what is so cool about it?  First, there’s the entrance.  Yes, it’s a little gimmicky, but it works.  These are the guys behind La Descarga, which also has a gimmicky-but-cool entrance (as I’ve told you before), so this is their thing.  Anyway, you make your way down Wilshire, to the cool, updated Line Hotel that’s basically been taken over by Roy Choi – or at least the food has been.  Pot, Commissary, the awesome lobby bar, the lobby café – all Choi creations.  For which we should be grateful, because I very much doubt the Houston brothers would have found their way to this place without the halo effect of Roy’s cool factor.

Anyhoodle, you’re not going into the Line Hotel.  Or, perhaps more accurately and if you’re smart, you’re having dinner at one of Roy’s places inside the Line Hotel before you head in, but then you’re leaving again, because you have to walk down Wilshire another short block to Ardmore, around the front of the hotel, and walk up 1/2 a block to the loading dock.  There will be a guy checking IDs and, eventually, likely, some sort of attractive-in-an-unconventional way woman who will escort you through the loading dock – no pictures – and finally to a bank of old vending machines.  She’ll ask you if you want a snack, and when you say no (you’re saying no), she’ll swing one open and voila, you’re in the 1980s.

This place is pretty hard to capture with pictures, so I’m going to post a few, cribbed from a few different places.  Hopefully they give you a sense:

This is the bar.  Note the old speakers.  And, this whole thing descends into the ground to make a stage for the break dancers.  Yes, break dancers.

Check out the boomboxes embedded in the DJ booth.  Look familiar?

This just gives you a sense of the overall vibe of the place.  Complete with high school lockers.  And that phone booth?  It leads into a private karaoke room.

Some booths with cool vintage trunks.  Of course, it’s never this light in there…

Check out those TVs and even the font of the Exit sign.  This place is all about details – even the drink menus are encased inside old plastic videotape cases.  And when those TVs display video games, some of them are fuzzy or have lines through them, just like your old TV used to sometimes.

This is one of the private karaoke rooms, which you get to by swinging aside vending machines.  There’s even an old mixing board, and most of them have old 80s video games in them, too.

The only thing I couldn’t find pictures of were the vintage – and free! – video games in the back:  Ms. Pac Man, Galaga, Missile Command, stuff like that.  I don’t care whether you ever played video games or not – you will find yourself challenging your friends to them, guaranteed.

AND, because this is the Houston Brothers, the cocktails are super legit.  Even if some are made to resemble old ice cream pops, or 50/50 bars, or what have you (super bummed I can’t remember the names and can’t find them online, because they were creative and hilarious).  It takes skill to do themed cocktails that are still real and good and what not, and they pull it off.

I mentioned the break dancers – but there are also live tribute bands, Michael Jackson impersonators, you name it.

Oh, pro tip:  go early (they open at 8) and/or on weeknights to avoid the crowds…

3515 Wilshire Blvd. (but the entrance is on Ardmore)