A Whoooole Bunch of Quick Hits 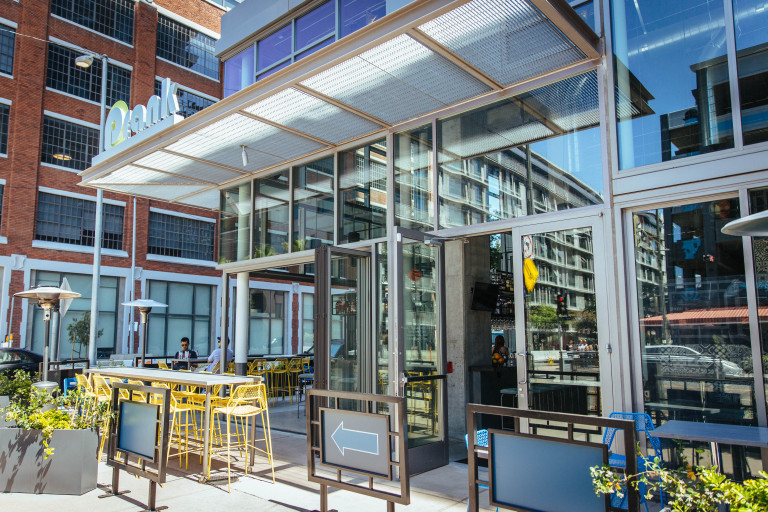 The question I get asked the most is “are you still writing your blog?” followed closely by “did you take me off your distribution list?”  To which I always have the same answers: “no, I still write my blog.  I’m just busy.”  And “No, I never randomly remove people from the distribution list. And also, this website isn’t password protected, so check it out any time you like.”  But, it’s true that sometimes I don’t post because I think it will take too long when it really doesn’t have to.  So, this post isn’t some big reveal and won’t have a bunch of pics – it’s just some stuff I haven’t gotten around to.  (as always, you might have to click on the pics to get a better look)

(Preface:  I finished this whole post, and was looking for something in a prior post … and realized that I had indeed written about Prank and Arts District Brewing Company last November.  But those were even shorter than these write ups (though, ironically, I used the exact same pictures for Arts District Brewing).  But … I had already written the first two entries here and they really are good places, so I kept these in … mostly because I didn’t want to delete my work.  So, without further ado…)

I do keep notes to myself about places I intend to write about and haven’t yet, and when I consulted them for this post, my jaw dropped:  the first place on there was Prank.  How could I have not written about Prank??  I was so surprised I hadn’t that I went back and checked … and, nope.  I haven’t.  For which, dear reader, I must apologize to you.  Prank has been open for just over a year and if you don’t know about it yet, you should.  Prank is a great neighborhood bar in South Park, near enough to Staples to be convenient without getting overrun by Westsiders who don’t know where they are … and, it’s an indoor/outdoor bar.  Yep – a bar where you can actually drink outside.  Don’t believe me?  Check these out:

Prank is owned and operated by Dave Whitton, one of Downtown’s (really, LA’s) best.  One of the OGs at Seven Grand, he went on to open up Villains Tavern, One Eyed Gypsy, and now this place.  (the story about how he got the city to somewhat unwittingly permit outdoor imbibing is a good one, especially for those of you who have to deal with building inspectors…). What I like about Dave is that he knows how to create a high quality cocktail program … but he also knows how to serve his audience.  So you’ll see drinks with ingredients you may not recognize … but you’ll also see fruity vodka drinks (albeit really well balanced, well made fruity vodka drinks).  Prank also has live music, an amazing upstairs area (which is where the second pic was taken from), and even a mascot (yes, a mascot. You’ll have to go to see what I mean).  It’s got better food than it has to, and randomly fun stuff like a happy hour that goes from 2:40 to 7:02 pm and then from 9:42 to 10:47 (though, admittedly, I’ve never tested buying a drink at 7:03 and seeing how strict they are).

Anyway, Prank is great and I should have written about it sooner.  Sorry, Dave. (though, by the looks of it every time I’m there, Prank’s doing just fine even without the Amateur Enthusiast…)

Here’s another “how have I not written about this place yet?”, but … I haven’t.  And that’s the Arts District Brewing Company.  While it’s a member of Cedd Moses’ 213 Hospitality family, Arts District Brewing is in a class by itself.  As the name suggests, the focus here is beer (fun fact: the brewmaster is a woman) – they brew 30+ beers on site (on site!) and are capable of producing 3,300 barrels a year.

It’s open and it’s airy and it’s festive and it’s big and it’s fun.  How fun?  I’m giving you one picture that tells you everything you need to know about this place.  I’m guessing many of you have been here by now, but if you haven’t, you owe it to yourself to go.  Because, this:

Next up, another place you’ve likely been to … but if you haven’t, you need to go.  Immediately.  And that’s Pacific Seas, more popularly known as “the tiki bar at Clifton’s”.  Clifton’s, for those of you who haven’t been paying attention, is a spectacular reboot of an iconic LA institution that is known for its “pay what you can” policy during the Depression.  And also known for its faux forest, stuffed animals, and over the top décor.  If you haven’t been, check out this post from a couple years ago to know what I’m talking about.  However, what wasn’t open then but is open now is perhaps the most elaborately decorated tiki bar in Los Angeles.  See?

The design is simply amazing (and look at that boat!).  The drinks are tiki-legit.  And the entrance is kinda fun – they give you a poker chip thing at the front desk (for capacity reasons), you go up a few flights of stairs until you find an unmarked mirrored door, you go in and give them your chip, go up a few more stairs, and voila.   It gets very crowded so go early or on a weeknight or something … but it’s one of Downtown’s coolest bars.

Another place that really deserves its own post is Rossoblu.  Super legit Italian food in a part of Downtown they call City Market South and the rest of us sort of think of as Arts District adjacent except it’s on this side of Alameda … so I guess it’s City Market South.  Anyway, it’s off of San Pedro and 11th if that means anything to you.  Which is why you’re even more impressed when you get there and realize it’s grand with a capital GR:

The chef says it’s inspired by his childhood summers in Bologna, and it’s easy to believe it.  You may not think Downtown needs another Italian joint (I’ve written about this before) but, as I wrote about in my previous post, it does if it’s a place like this.  Don’t believe me?  Jonathan Gold made it #10 on his most recent 101 best list.

Another place I haven’t written about is 71 Above.  Situated on the 71st floor of the US Bank building (there are only 72 floors total), it’s above just about everything in Downtown thanks to its elevated Bunker Hill location.  I don’t mean to damn this place with faint praise, but the food is way better than it has to be, given the views and the drop dead gorgeous design of the dining room.  See for yourself:

This place screams “special occasion”, and the food is both accessible and just adventurous enough to be interesting.  If I’m being honest, I do find 71 Above to be just a bit too fancy (read: borderline pretentious), but it’s worth a date night there if you haven’t gone yet.  Or you can always just drop in for a drink at the bar to check it out (yes, you have to go through building security and ascend two elevators to get there, so it’s a bit more than “dropping in” but still … I’ve done it).  Also, fun fact: early in my career, I worked on this floor when it was still office space.  I’m pretty sure my cubicle was on the far side of where the bar is now.  Weird … but somehow appropriate?

A few more even quicker hits:

– The rooftop bar at the Nomad Hotel is open, just in time for summer.  It’s beautiful.  Go check it out.  (don’t know about the absolutely incredible Nomad?  Then you didn’t read my most recent post.)

– Bavel (by the Bestia folks) and Majordomo (by David Chang) are finally open, and Hotel Figueroa is finally reopened.  I haven’t been to any of them yet, but they’re all a big deal (in different ways).  Anyway, I’ll report back.

– For a “huh.  I had no idea” experience, head over to Hotel Indigo, part of the huge new Metropolis development in South Park.  The hotel restaurant is … well, a hotel restaurant … but it’s big and airy and different and perfectly fine.  And nobody goes there.

– Don’t forget about the Wilshire Grand.  The buzz around its opening may have died down, but meeting a friend or an out of towner in the lobby on the 70th floor for a drink still makes for a “holy s–t” experience

– Resident is a fun bar in the Arts District where, while it does have an inside space, it’s way more fun to order your (surprisingly well made) cocktails and food from the Airstreams at the front and perch somewhere in the patio.  It all feels very “Arts District”

– Wexler’s Deli inside Grand Central Market has some of the best sandwiches Downtown.  They smoke their own meats on the premises every day.  Get the Macarthur Park, their homage to Langer’s iconic #19.  It’s amazing.

– Finally, people frequently ask me my favorite restaurant in Los Angeles.  It has always been and will likely always be … Providence.  Which isn’t in Downtown.  It’s on Melrose.  But there’s nothing like it in this city.

There you have it.  My latest, truly random musings.  Happy travels.

(and sorry – not putting the addresses and phone numbers in for all these places like I usually do.  It’s too many – click the links.  You’re technologically savvy.  You’ll figure it out.)

P.S. – Stay tuned for some potentially exciting news about an evolution in this little vanity project of mine.  Not divulging just yet, but it’s an active work in progress…