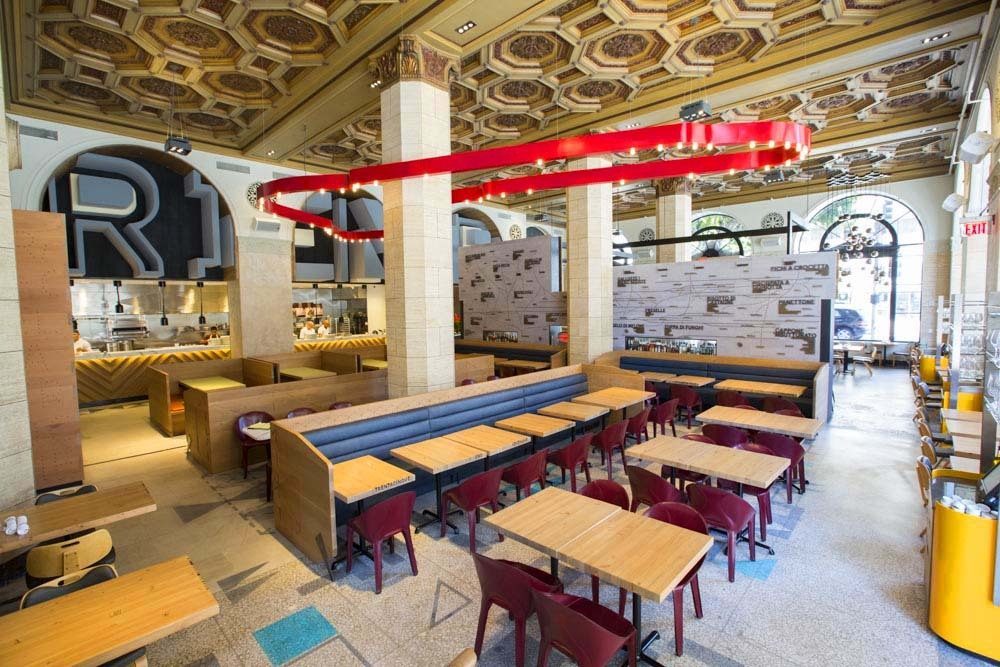 I often lament the fact that the job that actually pays my mortgage prevents me from pursuing this little vanity project as often as I’d like.  Which is not untrue – topics that have been on my list for awhile that haven’t seen the light of day include “best places to day drink” (for those certain Friday afternoons), “best happy hours”, something on hotel dining in Downtown, and a few places that still haven’t gotten their proper due like Baco Mercat or Bestia or a number of little holes in the wall that I mean to revisit.

Yet.  At least part of what has slowed me down is the slowing pace of new-and-noteworthy bars and restaurants opening in Downtown.  Which isn’t a bad thing.  The area had to mature a bit, and no revitalization can last forever with everyone  simply chasing the hot new thing.  In addition, some of the places that have opened more recently, like Sixth Street Tavern (which I’ll likely write about), are perfectly fine neighborhood joints … but don’t compel screaming from the rooftops.  Which is *also* a good thing – not every new place can or should be huge and audacious (see: the demise of Towne.  Which was a terribly run restaurant from the start).  For Downtown to mature into neighborhoods, it has to attract and maintain places that fit comfortably into those neighborhoods.

If I had more time, I’d write more regularly about all this.  But the downside of the slowdown from the blistering new-joint-every-week pace of a couple years ago, and all this neighborhood-oriented modesty, for this little vanity project is that for me to *make* time to write about something, it does have to cut through the clutter a bit.  It has to be something that makes me think “I better blog about this before everyone else finds out about it.”  Basically, it has to make me think “these paying clients will just have to wait a bit because my Enthusiasts deserve to know about this.”

Which brings me to this week’s installment.  Make your way to 8th & Spring, and behold the brand new Terroni, the latest installment in the “can you top this?” Downtown sweepstakes.  Some of you may know the first LA Terroni on Beverly (oddly, Terroni has 3 outposts in its original home of Toronto and now two in Los Angeles – clearly one of the investors said “I’ve had enough of these Canadian winters – I’m moving to LA!”).  I’ve never been overly enamored of that Terroni.  Partly, probably, because it used to be the Authentic Cafe and I loved that place (and used to live 4 doors up from it) but also, it just seemed like a run of the mill Italian place.

Not the Downtown version.  Much like Cafe Figaro, which exported an authentic-but-modest neighborhood Los Feliz French joint to much grander digs on Broadway (but is still working out some kinks, hence its absence so far from this particular non-media outlet…), Terroni went all in on this one.  The interior is dramatic/historic – hard to find a pic that truly captures it, but Eater’s photo comes the closest:

The first thing that’s not abundantly clear from this photo, or even really when you walk in, is that this place is huge.  And as you can see from this picture, it’s got a lot of design to it.  It’s in what was originally a City National Bank building built in 1924, and the old bones show, in a good way.  This is, put simply, one of the best restaurant interiors in Downtown.

Now, sometimes places like this invest in the “wow” factor for the space, but phone in the food.  Not here.  The homemade pasta I had was incredible, and my fellow Enthusiasts were raving about their pizzas and pastas as well.  And this was on day one of their operation, which is especially impressive.  The cocktail list is small but respectable, and the service is spot on – super friendly servers with just the right vibe for this place.  Plus, they’re going to sell some gourmet items like olive oils and other Italian essentials.  And finally, I think they’re going to have a cool quasi-private space in the very back as well as an additional “hidden” bar upstairs (hard to tell right now).  A return trip for happy hour the following day solidified it – great food, good drinks, great service, amazing space.  Basically, this is a big place with big ambitions run by people who know what they’re doing.  This is a significant new entry into the Downtown restaurant sweepstakes.

So next time Bottega Louie is overrun, trot just a little bit east and check out Terroni – basically, a Bottega Louie for the Historic Core.

Here’s to appreciating the Wow factor that Downtown can still uniquely deliver.