This post is going to be short and mostly (self taken) pictures, but I wanted to strike while the iron is hot – maybe help answer the inevitable “whaddayawanna do this weekend” that stumps us half the time.

The Langham Hotel in Pasadena has had many names: the Huntington, the Huntington at the Ritz, the Ritz Carlton, and now the Langham. What is has not had is much updating. It’s always been sort of reassuringly reliable in its refinedness, its borderline stuffiness, its old moneyness, and its Pasadenaness. Yes, that’s a little sarcastic, but I actually like the old girl of a hotel – it is what it is, and sometimes you want that feeling of being civilized in a throwback kinda way, where a fedora wouldn’t be out of place and you should stand up when the lady leaves the table. So just as a reminder, most of the Langham looks and feels like this: 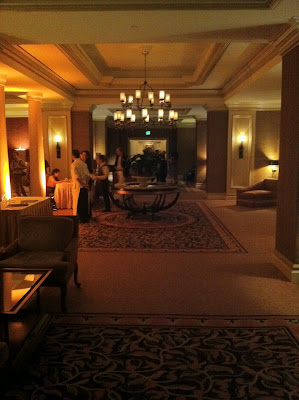 All that being said, you can see why they’d want to update the place. I mean, eventually your staple clientele starts dying off, and the people like me who only go twice a year aren’t gonna pay the bills. But you can also see the dangers in updating the place – you can’t update everything at once, you don’t want to drive off the cronies, but you do want to attract some new blood. No easy task.

Their first effort was attracting Michael Voltaggio, winner of Top Chef, as head chef of the restaurant. But pairing Voltaggio, with his rotten, tattooed vibe and his hit-and-miss creativity, with a place called “The Dining Room at the Langham” was like trying to make the LA Phil more hip by asking them to play Jay Z. It just doesn’t work. Voltaggio felt stymied and bolted, so the hotel used it as a reason to plunge $2 million into the restaurant and bar for a total redo.

Last night was the first time the restaurant – the Royce – was unveiled and, if you ask me, they nearly hit it out of the park. It was also my first look at the new bar called The Tap Room and it, too, is unbelievable. Yes, they went verrrrry modern, but it’s still inviting and somehow reassuring – it’s like they changed the decor without totally changing the vibe which, for them, is a very good thing. Here are a few pictures of the restaurant – not yet open for meals, but will be in mid-November The Tap Room (pictures below) is open now.

Two of the main dining room: 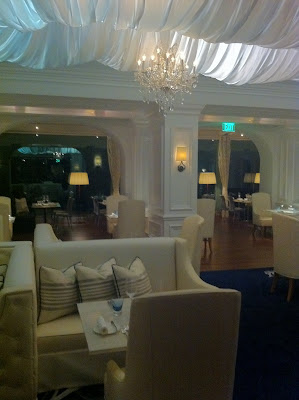 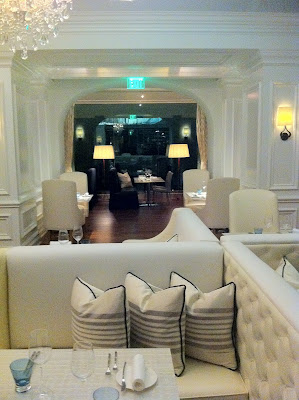 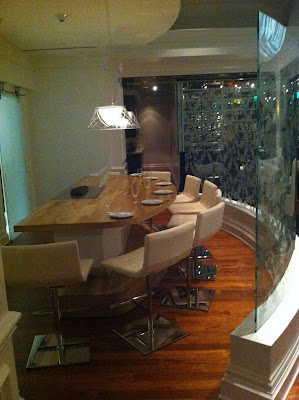 And a cool shot of wine from one of the two huge wine rooms right up front: 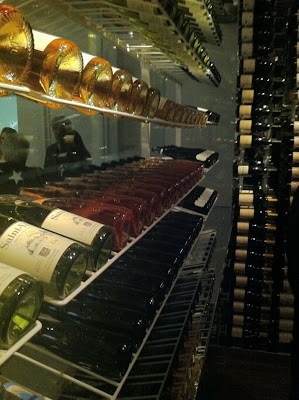 Then, the bar next door is called The Tap Room, which is already open. The best way to describe it is Hollywood hip wrapped in Pasadena culture. If you go to Hollywood places in order to fight a guy at the rope for the privilege of being let in with the chosen few, don’t go here. If you go to Hollywood places because they usually have really cool decor and a unique vibe – and hate the rope scene – then definitely go here. Yes, it’s more civilized – it’s still the Langham after all – but this place has some potential for sure. It was quiet last night, but I’m told that it gets a great crowd on the weekends. A few pics.

The view as you walk in: 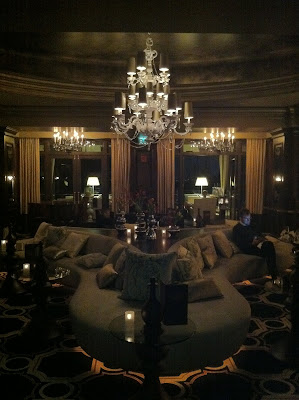 The cool lounge-y area on the left as you walk in: 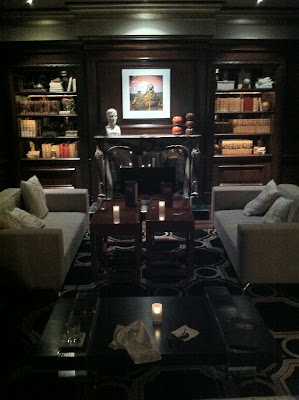 The cool bar on the rght as you walk in: 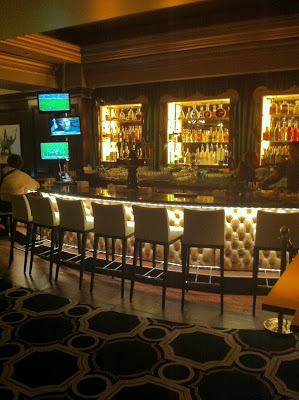 The inviting area to lounge and smoke cigars out back: 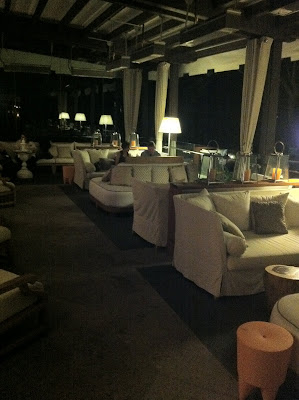 These pics do make it look more sedate than it feels, so you have to trust me there.

Anyway, there you have it. Like I said, short and sweet. I have some more stuff to write about soon, but wanted to make sure you had something new and interesting to kick off your weekend. See you at the Tap Room.

The Royce & The Tap Room at
The Langham Hotel
Pasadena