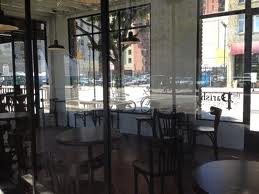 Loyal readers of this little vanity project will note that I usually try to provide a theme for my posts, even while telling you about the latest and greatest.  (and for those of you who complain that this makes it tougher to just scroll through and find what you want, tough.  I do this because I like it, not as a reference service for you ingrates.  But I digress.)  But sometimes, no theme is necessary.  No context is necessary.  A place comes along that is so worthwhile, so good, that it just deserves its own special love.

While there has been an obvious explosion of bars and restaurants over the last few years, there are really only a few that transcend.  That either create a new niche or are just so unique or special that they occupy their own specific place in the firmament.  Seven Grand is obvious – the first true cocktail bar in Los Angeles, the first bar specializing in one spirit, ground zero for the movement, still relevant and awesome (you should check out the snazzy cocktail menus they’re using these days, including a drink named by yours truly).  Bottega Louie is another.  The first grand palace, with something for everyone.  Prepared foods, gourmet shop, bakery, cocktails, and of course, a restaurant that’s good for everything from a business lunch to a casual get together to an actual date.  Tough to pull off, and the constant throngs prove that they did.  Pete’s deserves a place here, too – when Tom Gilmore was building lofts at 4th & Main, everyone thought he was crazy to put a restaurant at the bottom.  The fact that it’s just one of many now, with the fabulous Baco Mercat just next door (and the brand new Kitchen Table next door to that), with a plethora of options all around it is testament to his foresight, and it’s still going strong today.  More recently, Perch comes to mind.  Not the first rooftop space, but the first welcoming and dare-I-say elegant one, that is as much about the space as the view (wish I could say the same about the food and drinks, which I keep waiting to improve).

It’s risky to predict these things too early, but I think we’ve found another one:  The Parish.

The Parish occupies the former home of Angelique Cafe, on that little funky V-strip of land where Spring & Main run together at 9th Street.  What’s great about the Parish is that it knows exactly what it wants to be:  an updated take on the English gastropub.  It essentially serves great bar food that’s meant to pair with a great bar.

But first, as always, the pictures (courtesy of Eater).  The Parish is on two levels.  Here’s the downstairs:

The downstairs is cute.  Nice.  Fine.  But you want to be upstairs:

And, coolest of all, you want to be at, or near, the bar.

The Parish is the kind of place where you can go for a great night out with your significant other, or you can just catch up with friends, or just sit at the bar and nibble.  I love places like that.

When I said great bar food earlier, you might have thought “Cool.  They serve gourmet chicken strips.”  Uh, no.  What I mean by great bar food is things like Grilled Corn with Honeycomb Butter.  Or Grilled Shrimp with Cranberry Beans and Roasted Red Peppers.  Or Smoked Tomato Soup with a celery rim and Grilled Cheese.  Or, yes, Wings with a glaze made of stout (as in the beer).  But, while this may sound a little precious, it isn’t.  It’s literally food that is great for eating at a bar with your cocktail.  But it also works as a multi-mini-course dinner with friends or a date.

But, how can I have gone this far without writing about the star of the Parish show:  the cocktails.  Even the chef has said that he explicitly tried to create a food menu that supports the cocktail menu.  And given the typical ego of a typical chef (not to imply anything about THIS chef, because I have no idea), that’s saying something.  But most chefs don’t have John Coltharp to work with.

I will admit to a bias because not only have I known John for years, but he’s also one of the nicest bartenders in town, not to mention mad-talented.  He started at the now-defunct Sona, did his de rigeur time at Seven Grand, and then inexplicably moved to the Westside (OK, I know why he moved and it’s explicable – but he belongs Downtown!) where he held it down at Tasting Kitchen in Venice for a couple years.    John has always just done it right and his level of curiosity about and exploration of bartending, restaurants, and the service industry in general make him one of the best.

This is the first menu that’s almost entirely “his”, and it’s awesome.  Creative, delicious, yet unassuming.  Perfect for what the Parish is going for – basically, high end accessibility.  Hell, he even has a vodka-based drink.  But within these drinkable drinks lies the attention to detail of a true master.  When I mention that the honey in one particular drink balances it out nicely (a drink that, by the way, also includes bourbon and beer.  Go figure), he explains that he found a particular honey from a particular source that he liked a lot but wasn’t quite right for the drink, so he combined it with another honey to make the particular honey flavor that makes this drink work.  Of course, he’s never going to volunteer that – he’ll just give you your drink and say “enjoy.”  But it’s that kind of stuff that gives the Parish that extra little something that will make you want to come back.

Just when you think there are no more niches left to fill in Downtown, along comes a place like this.  It fills that space between expensive and cheap, between casual and elegant, between gourmet and easy, that makes for longevity and repeat visits.  Want to impress a first date?  Take her here.  Want to meet up with friends for a drink and something to nibble on?  Great.  Looking for a new place to impress a colleague with?  They’ll love it.

I know I stay generally pretty positive on this blog, and I understand the risk of overselling – it is, after all, basically a really good pub-like place – but I believe the Parish is already on its way to a place in the pantheon.