As you all know full well by now, this blog extols the virtues, and uncovers the gems, of Downtown LA. And if you are new to all this, look to my past posts for all sorts of tips and ideas about how to take advantage of what Downtown has to offer.

But even the most diehard urban adventurer needs a break from time to time. Take advantage of Southern California’s natural beauty. Recharge the batteries. Get some sun. See the water.

The problem is that until recently, that meant trekking to South Orange County or Santa Barbara (or maybe Ventura) – day trips that require a pretty significant commitment. So sure – once you got there, it was beautiful. But all the driving and traffic and whatnot meant a pretty high cost to take advantage of it.

Well, trek no longer. Because right in our own metaphorical backyard is the beautiful, accessible, welcoming, newly opened Terranea resort.

It’s right in Palos Verdes, it’s perched right on the water, the staff is really great, and once you’re there, it’s like you’re transported to a beautiful, secluded getaway.

Don’t believe me? Look at this: 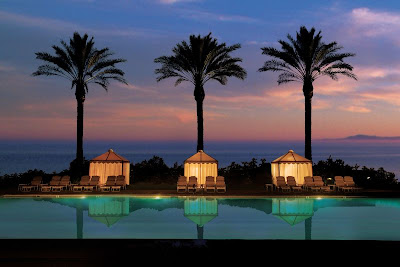 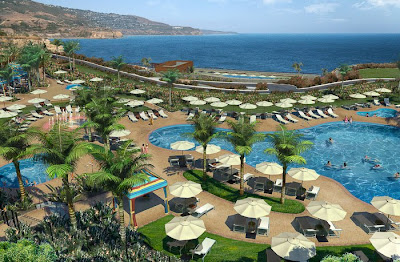 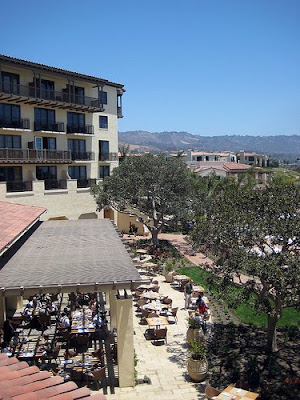 Last weekend, my own personal “chick from Logistics” (i.e., my wife) and I needed a break and she had the splendid idea of going to check this place out. As we drove up, there was none of the usual “are you checking in and if not, what are you doing here?” that you sometimes get at nice resort places. It was just “welcome and have a great time”.

We had lunch at a fun brewpubish place called Nelson’s, after Lloyd Bridges’ character in Sea Hunt. They have what looks like a beautiful restaurant called mar sel (we weren’t there for dinner). There are two pools, one for adults only, what looks like a beautiful spa with balconies right over the water, and the grounds were just fun to walk around.

There’s public parking and public beach access, and we even got to pet both a hawk and an owl that they had out – they use the hawk as a natural way to keep the seagulls away. (they bill themselves as an eco-resort, so that’s apparently part of what makes them “eco”)

There were three weddings there last weekend, which made for interesting people watching, and created the added bonus of a great band that we listened to while enjoying cocktails outside the lobby bar (added bonus: they’re at least trying to do interesting cocktails, with mixed results).

Yes, there have been reports of Terranea’s financial struggles including in today’s LA Times. Whatever. That’s not your concern – it’s not closing down anytime soon. And it’s not on fire. (though they are housing some evacuees – points for concern for the community).

So next time you want to get away somewhere close, yet transporting you far away, check it out.

Don’t worry – next week we’ll get back to Downtown.